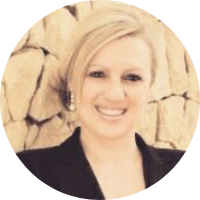 Anel Burger studied at the North West University in Potchefstroom where she obtained her LLB degree in 2002 and LLM degree (specialising in labour law, cum laude dissertation) in 2003. After graduating, she joined Gildenhuys Malatji Inc as a Candidate Attorney and was admitted as Attorney in the High Court of South Africa in early 2005. She progressed through the ranks to Associate in the General Litigation and Insurance Law Department. In mid 2008, Anel was head-hunted by Salome le Roux Attorneys where the key features of her practice included the drafting of various legal documentation, general Magistrates’ Court and High Court litigation, family law matters, personal Injury and medical negligence matters, the structuring of business transactions, the provision of advice on all aspects relating to business transactions, such as appropriate forms of business enterprises, as well as drafting of related commercial contracts, advice to both employers and employees on a wide variety of employment related aspects, interpretation and application of various labour legislation, dispute resolution, labour litigation (CCMA, Bargaining Councils, Labour Court) also acted as Chairperson of Disciplinary Inquiries for an array of Corporate and Statutory Bodies. She has a special interest in trial advocacy and does most of her own appearances in the various forums. During her career, she serviced clients such as Mutual & Federal, Absa, the Road Accident Fund, Santam and various schools.

In early 2013 Ms Burger was again head hunted by the National Consumer Tribunal where she served on the Executive Committee as senior manager. She received the Chairperson’s award for outstanding performance and contribution in December 2014. During her tenure at the Tribunal she gained extensive experience in Credit and Consumer Protection law, Corporate Governance and Compliance, Contracts, Public and Administrative Law. She returned to private practice again in 2016.